An article that definitely makes you think about the air you breath! 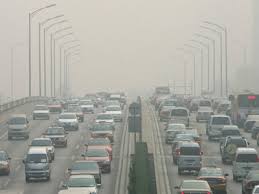 Air pollution exposure has long been suspected to increase the risk of both heart and lung diseases, but another important organ may also be at risk of injury from this contaminated air: the brain.

Researchers at the American Association for the Advancement of Sciences (AAAS) annual meeting in Chicago recently detailed the impact that constant exposure to air pollution may have on the developing brain.  According to the panel, a series of mouse models have suggested that constant inhalation of air pollution may lead to enlargement of the brain’s ventricles – a hallmark of neurodevelopmental disorders such as schizophrenia and autism. END_OF_DOCUMENT_TOKEN_TO_BE_REPLACED