Monday with Maureen: Nobody Shows Up to His Birthday Party 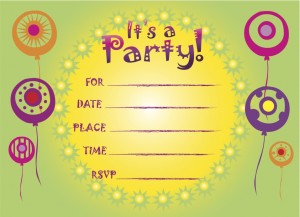 My heart hurts for this mom & son, but my heart soars for all those who stepped up and made it a happy ending. I hope you enjoy today’s Monday with Maureen.

When not a single person showed up to 6-year-old Glenn Buratti’s birthday party, his mother, Ashlee, was devastated. “From the minute he woke up that day he wanted to know how many minutes until his friends came. None of the kids’ parents RSVP’d, but I was still holding on to the hope that some of them would show up,” the Florida mom told the Osceola News-Gazette. “[It] never crossed my mind that it would be zero.”

When Buratti broke the news to her son, who is autistic, he couldn’t believe it. “To see the look on his face killed me inside,” Buratti told WKMG. So she vented her frustration on Facebook, posting to the local Osceola Rants Raves & Reviews List. “I know this might be something silly to rant about, but my heart is breaking for my son. We invited his whole class (16 kids) over for his 6th birthday party today. Not one kid came,” she posted on February 8.

Responses from the Facebook page’s over 10,000 members came pouring in. People asked if they could stop by or bring gifts, and by afternoon, about 15 kids and 25 adults showed up, according to the Osceola News-Gazette. “One lady brought him a brand new bike,” Ashlee said. “One guy brought his camera and spent most [of] his time snapping pictures of our family, which he gave to us. It was just amazing. The people who came out were so awesome.”

The Osceola County Sheriff’s Office also saw the post and sent the sheriff’s helicopter to fly over the party, while the deputies pooled their money to buy Glenn gifts. A few days later, officers from the Sheriff’s department and fire department returned to Glenn’s house to say happy birthday again and let the young boy climb up on their trucks. “They said his story really touched their hearts and they wanted to do something,” Buratti told the News-Gazette.

A week after the birthday party, Buratti told WKMG that she still hadn’t heard from any of the parents of the classmates who skipped the party. But she was focusing on the kindness of strangers instead. “The amazingness of everybody coming together for someone that they didn’t even know, a kid that didn’t have anybody come to his birthday party —it warmed my heart.”