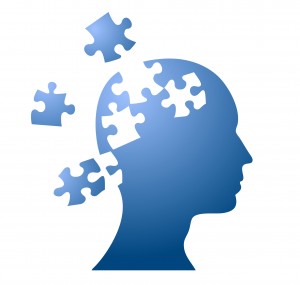 It seems every week a new study is published touting the latest “cause” of autism. This one is pretty interesting. I hope you enjoy the article!

Children with autism ‘have too many synapses in their brain’

A new study by researchers from the Columbia University Medical Center in New York, NY, finds that children and adolescents with autism have too many synapses in their brain, which can affect their brain function. Furthermore, the team believes it may be possible to reduce this excess synapse formation with a drug, paving the way for a novel autism treatment strategy.

Around 1 in 68 children in the US have autism – a developmental condition characterized by behavioral, social and communication problems.

Exactly what causes autism is unclear, but researchers believe that it is triggered by abnormalities in the structure of the brain that stop it from functioning properly.

In this latest study, published in the journal Neuron, co-author Guomei Tang, PhD, assistant professor of neurology at Columbia University Medical Center (CUMC), analyzed 26 brains of children and adolescents with autism who had died from other causes, alongside 22 brains of children without autism.

Of the brains from those with autism, 13 came from children aged 2-9 years, while the remaining 13 came from teenagers aged 13-20 years.

Dr. Tang then assessed synapse density in each of the brains by counting how many tiny “spines” extended from them. The researchers note that synapses are where brain cells connect and communicate with each other. Each of the spines connects with a brain cell through a synapse.

Further investigation revealed that the brains of children with autism possessed neurons that consisted of old and damaged components, and showed deficiency in a pathway known as autophagy – a route that cells use to “eat” their own parts.

This may explain why the brains of autistic children had higher spine density – unwanted synapse connections had not been degraded.

Commenting on this finding, senior study investigator Dr. David Sulzer, professor of neurobiology in the Departments of Psychiatry, Neurology and Pharmacology at CUMC, says:

“It’s the first time that anyone has looked for, and seen, a lack of pruning during development of children with autism, although lower numbers of synapses in some brain areas have been detected in brains from older patients and in mice with autistic-like behaviors.”

Rapamycin restored autophagy, reversed autism symptoms in mice. The research team then analyzed mouse models of autism and found that the lack of “pruning” is down to overactivity in a protein called mTOR.

The investigators discovered that when this protein is overactive, the brain cells experience a reduction in their “self-eating” function. This means too many synapses are formed, which can impact brain function.

Dr. Sulzer notes that when it comes to learning abilities, the formation of new synapses is crucial. But he says this study shows that the removal of needless synapses may be just as important.

The team then tested a drug that is known to block mTOR activity – rapamycin – on the autism mouse models.

Autophagy was restored in the mice, leading to a reduction in synapse formation. In turn, this also reversed autistic-like behaviors in the mice, suggesting that a similar approach could be used to treat patients who have already been diagnosed with autism.

The researchers note, however, that rapamycin does have side effects, so this particular drug may not be suitable for human use. But Dr. Sulzer says that if a better drug is found that has the same effect, a new treatment strategy for autism could be in the cards.

Could autism-related genes ‘converge’ in the mTOR pathway?

In addition, Dr. Sulzer says it is possible that the array of genes that have previously been associated with autism development may work with the mTOR and autophagy pathway.

“What’s remarkable about the findings is that hundreds of genes have been linked to autism, but almost all of our human subjects had overactive mTOR and decreased autophagy, and all appear to have a lack of normal synaptic pruning,” he notes.

“This says that many, perhaps the majority, of genes may converge onto this mTOR/autophagy pathway, the same way that many tributaries all lead into the Mississippi River. Overactive mTOR and reduced autophagy, by blocking normal synaptic pruning that may underlie learning appropriate behavior, may be a unifying feature of autism.”

Alan Packer, PhD, senior scientist at the Simons Foundation who funded this study, says that the goal of future research is to understand how the hundreds of genes linked to autism “cluster” into a smaller number of pathways, adding:

“The mTOR pathway certainly looks like one of these pathways. It is possible that screening for mTOR and autophagic activity will provide a means to diagnose some features of autism, and normalizing these pathways might help to treat synaptic dysfunction and treat the disease.”