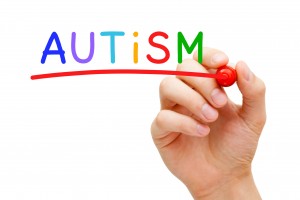 If you’re like me, any study that investigates the cause & treatment of autism peaks my interest.  The theory that bacteria in the gut may hold the key is fascinating!

Germs in the Gut May Affect Autism, Study Finds

Bacteria living in the intestines and colon may affect symptoms of autism by breaking down important message-carrying chemicals, researchers reported Monday.

They found that children with autism have a very different make-up when it comes to gut germs, compared to children without autism. More importantly, chemicals produced by these bacteria may affect the brain, they told a meeting of the American Society for Microbiology.

It’s a small study and needs to be replicated, but the team at Arizona State University is seeking permission to try experimental fecal transplants to see if they might alter the symptoms of the children with autism.

Researchers are beginning to discover that the bacteria, fungi and yeast living in an on our bodies, called the microbiome, are extremely important to health. They can affect the body’s susceptibility to infection, they can affect body weight and may even play a role in cancer. There’s also some evidence they play a role in mental health, and this study suggests perhaps they are important in developmental disorders.

“If left unchecked … harmful bacteria can excrete dangerous metabolites or disturb a balance in metabolites that can affect the gut and the rest of the body, including the brain.”

Dae-Wook Kang of the Biodesign Institute of Arizona State University and colleagues tested 21 typical children and 23 with autism, looking at the DNA from all the different species of microbes living in their colons. They also looked at metabolites — the breakdown products — that have been linked with autism.

“Most gut bacteria are beneficial, aiding food digestion, producing vitamins, and protecting against harmful bacteria,” Kang said in a statement.

“If left unchecked, however, harmful bacteria can excrete dangerous metabolites or disturb a balance in metabolites that can affect the gut and the rest of the body, including the brain.”

They found the children with autism had different types of gut bacteria, and had less diversity in the numbers of different species of these bacteria, than kids without autism.

And when they looked at the metabolites, they found seven out of 50 were different in the children with autism. Some are known to play a role as message-carrying chemicals called neurotransmitters.

“We will try fecal transplants to children with autism.”

The next step is to try and see if changing the populations of gut bacteria affects symptoms.

That will require permission from several groups, including the Food and Drug Administration.

Autism spectrum disorder can range from the relatively mild social awkwardness of Asperger’s syndrome to profound mental retardation, debilitating repetitive behaviors and an inability to communicate. There’s no cure, but experiments with early treatment suggest it might be possible to help children overcome some difficulties.

Genetics are a large factor. Autism runs strongly in families, but genes don’t explain it all. Better diagnosis doesn’t explain all of it, either, and the Centers for Disease Control and Prevention this documented a big jump among 8-year-olds diagnosed with the disorder in a two-year period, to one in every 68 children.