Monday with Maureen: Your Child Has Autism, How Do You Tell Him? 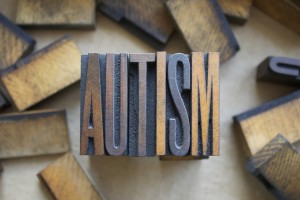 Here’s a great article I came across. If you have “had the talk” with your little one, please leave us a comment!

Your child has autism. How (and when) do you tell him?
By Mari-Jane Williams, WashingtonPost

It’s a conversation that requires more thought and planning than talks about sex, money, religion or drugs. For parents of a child who has an autism spectrum disorder, discussing what makes him different and why is a delicate matter.

When do you need to have the talk, and how do you do it so your child comes away feeling good about himself (and doesn’t start using it as an excuse for every little thing he doesn’t want to do)?
NBC’s “Parenthood” tackled this beautifully in a 2011 episode called “Qualities and Difficulties.” After Max, who has Asperger syndrome, overhears his father and uncle talking (okay, shouting) about his diagnosis, his parents Adam and Kristina, seek advice from a therapist on how to discuss it with Max. The answer? Emphasize his strengths and talk about how, just like anyone else, he has challenges too.

I recently spoke with Jim Ball, the executive chairman of the National Board for the Autism Society, and Amy Keefer, a clinical psychologist atKennedy Krieger Institute’s Center for Autism and Related Disorders. They agreed with the approach advocated in the show: Emphasize that everyone, every single person, is good at some things and struggles with others.

“Most families aren’t uncomfortable with having the talk, they just question when to do it and struggle with whether he or she has to know,” Ball said. “For a lot of our individuals, they see the world differently and they just go about their business, so why throw a wrench in it? That’s just how they see the world. It’s more about should I or shouldn’t I, as opposed to being afraid.”

It also helps to remember that even if you are really nervous about the conversation, most kids have either a neutral or a positive response to the news, Keefer said, and go about their day after the talk.
“It’s important for the child to have sense of self-awareness, and having a name to describe their differences helps them form their identity and connect with people,” Keefer said. “It’s usually pretty anticlimactic, to be honest.”

Here are some suggestions from Ball and Keefer about when, and how, to talk to your child about his disability.
• If they’re asking questions, it’s time to chat. When a child starts to ask why he is different or why certain things are more difficult for him, you need to think about having a conversation about the diagnosis, Ball said. Or, if you start to see behavioral changes or the child becomes increasingly withdrawn, even with the family, you might want to engage him in a conversation about diversity.
• Avoid technical terms. Keefer said it’s important to use the word autism, to put it in context, but beyond that, scientific terminology can be confusing or overwhelming for some children. Instead, talk about how the diagnosis relates to your child.
• Be specific. The conversation will vary from kid to kid, but it could be something like: “You are wicked awesome at science and can remember everything from when you were little and you get along great with babies and animals. At the same time, you have more trouble remembering your math facts and it’s a little harder for you to make friends. Those are things that we’re working on all the time.” It’s best to be very specific about strengths and more vague with challenges, Keefer said, and to have a list of assets and challenges prepared ahead of time.
• Do it gradually and when everyone is calm. Talking to your child about his disability isn’t just a one-and-done conversation, Keefer said. It’s a series of talks that happen over time. And don’t try to do it in the middle of, or just after, a meltdown or stressful time.
• Get a little help. Sometimes reading about autism with your child is a great way to start a discussion, moving gradually from the generalizations in the book to the specifics of how it applies to him.